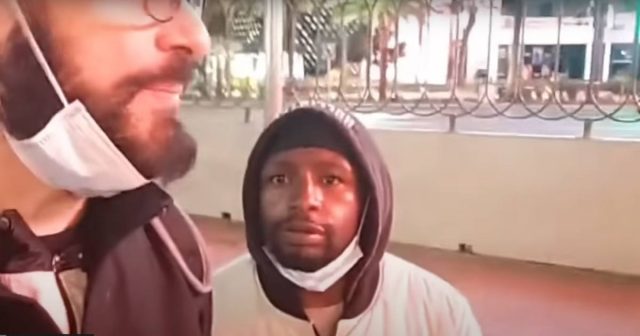 In what is becoming commonplace on the Las Vegas Strip, a man was stabbed near Planet Hollywood over the weekend after instigating a fight with 2 ghetto thugs.

The IP2 “internet streamer” who got stabbed, known online as OG Geezer, seemed to be instigating and harassing people on the Las Vegas strip while live streaming his antics for social media clicks. In fact, he literally says he is there to get “content” before yelling at two black males that had just thrown a beer at him while they were coming down an escalator near Harmon and Las Vegas Blvd. The argument quickly spiraled out of control, and the wannabe social media influencer was stabbed in the leg by the two criminals.

Welcome to The New Las Vegas

That man was taken to the hospital where police said he was treated and discharged. Metro said the stabbing suspects were located about 15 minutes after the incident.

The moment the Las Vegas Convention and Visitors Authority started paying social media influencers to come to Las Vegas, we knew things were going to get even worse. In fact, as we reported earlier in the week one of the paid “influencers” was recently arrested for assaulting an uber driver on video.

While this so-called streamer who instigated the trouble over the weekend doesn’t seem to be one of the morons hired by R&R Partners and the Las Vegas Convention and Visitors Authority, he does fit the profile of the type of people who are now coming here because of their idiotic campaign. We now not only have violent criminals and thugs assaulting tourists, but we have internet fame seekers coming here trying to get famous by instigating even more trouble. Simply Brilliant!