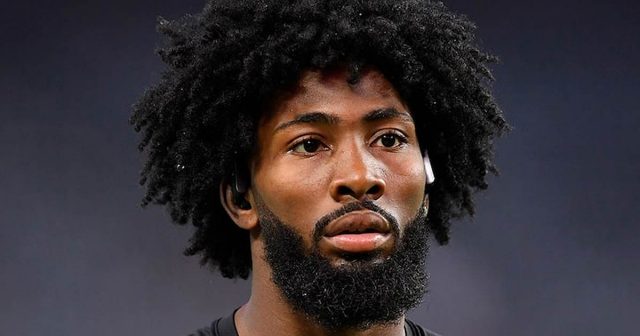 Just days after the Raiders had to admit that their fully vaxxed team had a huge COVID outbreak,  another Raiders player is in trouble with the law.

Las Vegas Metro Police say Raiders rookie cornerback Nate Hobbs was arrested Monday at 4 AM after police found him passed out drunk in his car blocking an exit ramp in the parking garage at The Cromwell Las Vegas Hotel & Casino.

According to our sources, Hobbs was given a field sobriety test which didn’t go very well. Hobbs was booked into the Clark County Detention Center at 6:38 AM with DUI charges – at least this asshole passed out before he could get out onto the street and kill someone like his teammate did a couple of months back.

Hobbs’ arrest is just the latest in a long string of trouble for Las Vegas Raiders players. Just two months ago, Hobbs’ former Raiders teammate, Henry Ruggs, was accused of driving drunk and slamming his Corvette into a local girl who was killed in the fiery impact. Ruggs was driving 156 mph with a blood alcohol content twice Nevada’s legal limit before his car slammed into the rear of a Rav4 that burned, killing a 23-year-old Tina Tintor.

Just days after Ruggs killed the girl, his teammate Damon Arnette was cut from the team after a video surfaced of the player holding firearms while threatening to kill people.