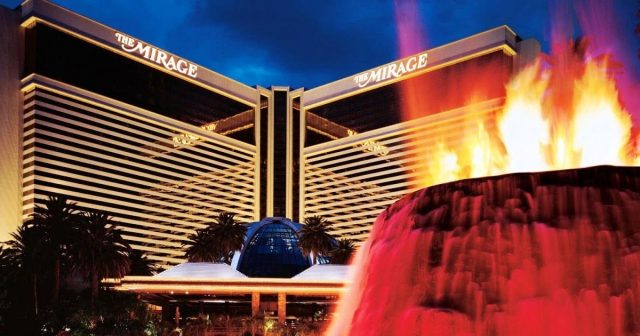 In the latest hit to our economy, MGM Resorts has announced that the Mirage will be closing not only their hotel but the actual Casino and all venues inside during the week.

Beginning January 4, 2021, The Mirage will only be open Thursday at noon to Monday at noon. All amenities, including the volcano, casino floor, and dining venues will be closed Mondays – Wednesdays.

This comes as former CEO and current head of Sisolak’s COVID task force is raking in millions of dollars and financially benefiting from the shutdowns.

As the Jim Murren COVID taskforce shuts down Nevada businesses, Remember he got a $32 million payout from MGM to help them exploit/profit from his role! Murren has now set up a SPAC to profit from the shut downs he helped make happen! https://t.co/mygiz0qiNQ pic.twitter.com/WxtkhFekoW

“We’re going to be thoughtful and do our homework,” Murren said in an interview. “I’ve got a lot of good contacts in the financial industry and there is a lot of opportunity.”

Andrew Pascal, a former Wynn Resorts Ltd. executive who is also the nephew of Elaine Wynn, has also been in talks with Murren on financially benefiting from the Murren/Sisolak shutdowns. Andrew Pascal is also one of the people behind the contract tracing app that is being used to help push the “increase in numbers” propaganda!

So here you have Murren, the former head of MGM and the current head of the COVID taskforce that is making recommendations on the shutdowns teaming up with the former President of WYNN Andrew Pascal who somehow conveniently made the Contract Tracing App that is being used to justify the shutdowns, both profiting from the shutdowns.

Pascal is also the founder, chairman and CEO of PLAYSTUDIOS, a company that develops casino games for mobile and social media platforms. A company that is now making a killing due to the shutdowns!

Anyone else see a major conflict in interest? Anyone else have a problem with the people who are promoting the shutdowns profiting from them at the same time?

These bastards are bankrupting our town on purpose!