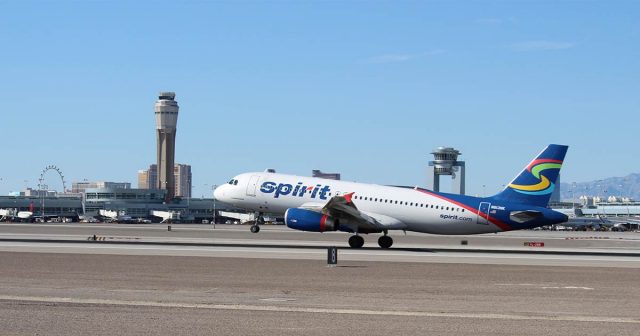 After helping Jim Murren, The Criminal COVID Task Force, and Andrew Pascal crash our city so they could bankrupt the competition and buy up devastated small businesses for pennies on the dollar, MGM Resorts decided to once again give the middle finger to half of the tourists who visit Las Vegas.

Earlier in the week at a Clark County Commission meeting, the all-Democrat Clark County Commission approved a measure directing the county’s airport staff to file a name change with the Federal Aviation Administration renaming McCarran International Airport in Las Vegas after one of the most divisive politicians in history, former U.S. Sen. Harry Reid of Nevada.

The proposal angered local business owners who are already struggling to maintain their businesses that have been relentlessly attacked over the last year by the MGM backed COVID taskforce.

“You don’t name a car or new computer with a name that 50% of the possible consumers dislike,” said Daniel Braisted of Las Vegas. Others suggested leaving the name stand or picking something more neutral like Las Vegas International Airport and said that amid the pandemic, the county should not be spending several million dollars in tax-payer money to rebrand the airport.

If you’ve been reading our site for any time now, you know we don’t shy away from telling it how it is. Unlike local Las Vegas reporters and many so-called “local bloggers” who are afraid to stop getting free shit for giving glowing reviews of MGM and other mega-resort corporations, we buy our own fucking drinks, dinners and shows and are not intimidated by the scum sucking assholes at MGM Resorts International, or any other Casino who is attempting to bankrupt Las Vegas locals and small business owners!

So when we learned that MGM was one of the major backers of yet another damaging local policy, we yet again gave zero shits about MGM’s attempt to silence us!

At the ALL Democrat Clark County Commission meeting, MGM Resorts Director of Government Affairs Jason Gray read a statement from the company’s CEO and President Bill Hornbuckle in which he said that with McCarran’s history of support for racist and anti-Semitic policies, his name should not be the first one visitors see when they reach Nevada.

I guess MGM is okay with Harry Reid’s racist past! I mean, it’s only racist if a Republican says it, right?

Why is MGM hellbent on destroying Hard Working Las Vegans?

MGM Resorts International management has a long history of screwing locals and pushing democrat policies, even when it means destroying their own local hotels and casinos. In fact, former CEO Jim Murren, who left with a 32-million dollar golden parachute right as the so-called pandemic struck, was quickly appointed by Governor Steve Sisolak to head the Nevada COVID Taskforce.

As head of the COVID taskforce, he shutdown the state and is the main driving force behind an almost year-long shutdown (THE PAUSE) that has devastated Las Vegas.

But oddly, it hasn’t devastated MGM.

With the help of Murren, they have been buying up bankrupt companies for pennies on the dollar and helping launch online gaming ventures such as Andrew Pascal’s Playstudios.

MGM Blocks us on Social Media

MGM is not a fan of our reporting, in fact, the petty bastards have blocked us on social media. We’re not sure if they think that’s going to stop us from reporting the truth, or if their social media team is just that fucking stupid that they think blocking us will prevent people from seeing our reports.

Does MGM Resorts think blocking us will stop us reporting on the mass gang violence in their hotels, how they rent party suites to known gangs? Do they think we’ll now ignore their involvement in crashing our city with Jim Murren & COVID taskforce to bankrupt & buy competition? pic.twitter.com/vCX8LNEdFs

Either way, great job MGM, you’ve just made us more determined to report on your corruption and how you are devastating the lives of local Las Vegans!

We will not stop reporting on how Jim Murren and MGM sued 1,900 victims of the Oct. 1st mass shooting in Las Vegas. Yep, after allowing the mass shooter into Mandalay bay with an arsenal of weapons, these bastards actually SUED THE VICTIMS!

We won’t stop reporting on how MGM is in league with Sisolak to help push a Biometric Testing/Tracking system that will make people have to show Digital papers to attend a convention in Las Vegas!

We won’t stop telling people how the police had to be called to MGM resorts in Las Vegas after they refused to pay on people’s winning Super Bowl bets!

We will not stop reporting on how MGM rents party suites to criminal rappers and know gang members and how the shootings and the mass violence are covered up inside their resorts!

The Las Vegas strip may be a Ghost Town, but it looks like the violence hasn’t stopped… this was a fight between a dealer and a player at the Aria earlier this week. I can’t imagine why anyone is still coming here to sit in these plexiglass prison cages & risk being assaulted! pic.twitter.com/6YqOEjPwnV

Imagine spending hundreds of dollars to eat at a restaurant inside an MGM property, only to be sat next to the gangs that MGM caters to…

Can you imagine spending $hundreds to eat at an MGM restaurant only to be sat next to Gang members & have to deal with this? … This was back in September, hours before same group were in gunfight at Aria! Odd that Aria blocks us, but caters to criminals! https://t.co/jQk4Pj7QPz pic.twitter.com/vKwiCgWgSh

And isn’t it odd, that during the height of the so-called pandemic when other businesses were forced to either shutdown or operate under capacity limitations that MGM allowed gang members and criminal rappers to turn their suites into illegal nightclubs? All while facing no fines from Sisolak, Murren’s Taskforce or county officials??

Right before the shooting, this is the rapper MoneyBagg Yo party and the outside of Aria – when you can’t go to Church this weekend remember that Sisolak and the Democrats allow this on the Las Vegas Strip every night — usually followed by mass violence and now shootings pic.twitter.com/CaSSdQIqe2

But hey, MGM Resorts cares about your health and safety — I mean that’s what their billboards say, right? 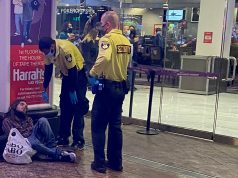 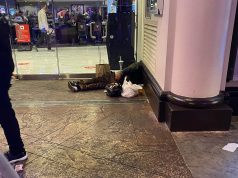 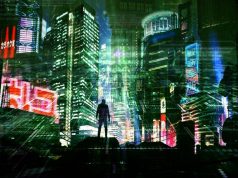