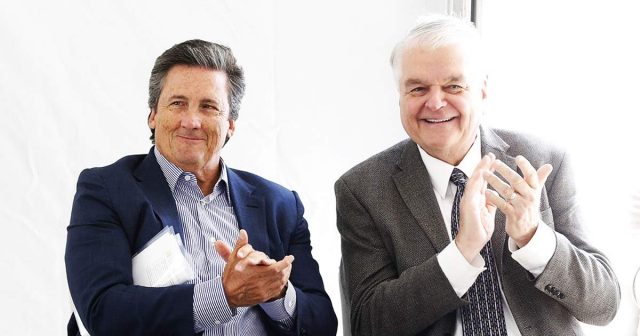 On the heels of the Clark County Commissioners latest attack on our freedom, MGM Resorts wasted no time threatening their employees with even more “restrictive measures” if they fail to get vaccinated.

In a memo that went out to employees of MGM earlier today, MGM CEO Bill Hornbuckle informed all MGM employees that they are now required to wear masks while at work, regardless of vaccination status. The memo then went on to basically threaten those that didn’t take the vaccine that more “restrictive measures” could come as a result of not taking the vaccine.

He went on to push the democrat propaganda, that this is a pandemic of the unvaccinated, claiming that 99.5% of the people who have died of COVID in the last six months were unvaccinated. He closes the memo with a veiled threat, claiming that not getting vaccinated will lead to restrictions, closures and layoffs!

MGM believes they are more powerful than the voter!

On numerous occasions, former MGM CEO Jim Murren has bragged about how everything that happens in Nevada comes from MGM. In fact, he outright says that MGM writes and changes Nevada law. How do you think he was able to become of the head of the COVID taskforce and make millions of the shut downs?

Don’t forget, when Jim Murren was CEO he wasn’t shy about admitting that MGM literally writes the laws in Nevada… what MGM wants, MGM gets! How do you think Sisolak got elected? pic.twitter.com/EEivYyGb0n