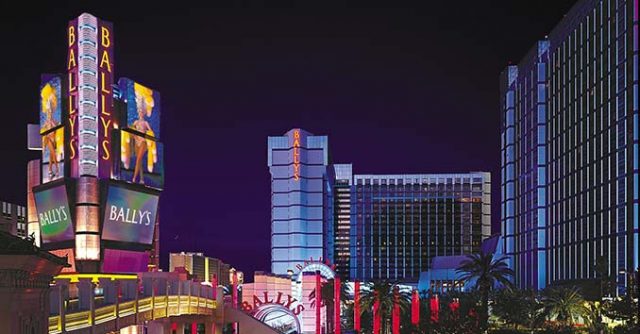 At first the local media and Caesars Resorts refused to cover the story, until this site and other local bloggers started posting eyewitness accounts of the shooting.

Also from outside Bally’s early this morning after the possible shooting… pic.twitter.com/mTmLcgiCnY

Details are still very sketchy, and no one, despite a casino full of security cameras, has been arrested or identified as the shooter. For some odd reason, security camera footage of the incident is not being released.

The police are also investigating a guest room attendant’s suspicious death at Bally’s after another person was found this week inside the hotel.

If not for social media reports like ours, this would have been just another in a long line of shootings that have been quietly covered up over the last two years, in order to protect the Governor and our do-nothing Sherriff who have let the Las Vegas Strip and Fremont street turn into a third-world shitholes.

Media Refuses to Cover How Bad Crime is in Las Vegas

As we reported earlier in the week, Fremont Street has gotten so bad that people now openly smoke meth and carry swords, with no authorities anywhere in site to stop them.