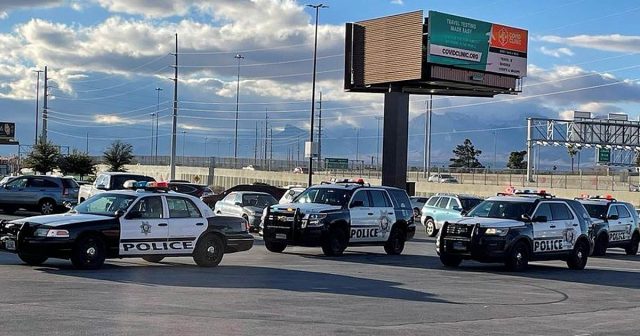 Now, Las Vegas Metropolitan Police have confirmed that they found two victims with gunshot wounds inside Round1 Bowling & Amusement, an arcade known for gang violence and fights inside the mall, but no other details have been released.

We’re on lockdown at meadows there’s a shooting. Prayers for everyone here

While people were being shot at two separate malls in Las Vegas, our idiot governor was tweeting about keeping our city safe and instead sending out enforcement teams to harass Casino patrons about wearing their masks!

I joined a security briefing at @LVMPD ahead of the New Year’s Eve activities tonight in Las Vegas. I’m grateful to all our officers and emergency personnel, including the @NVNationalGuard and @NV_StatePolice, for their service and for keeping us all safe.

This is just the latest in a long string of attacks in Las Vegas. Over the last couple of weeks, we’ve had a murder inside the Rio, a shooting inside Bally’s, a housekeeper killed at Bally’s, a man beaten almost to death for not wearing a mask inside a Las Vegas store, a man stabbed by a homeless man inside the Paris Casino, a man shot 11 times by a homeless addict in Chinatown, and countless assaults inside Casinos and throughout Las Vegas.

As the Governor’s COVID policies turn Las Vegas into a Third-World Hellhole, the problems just seem to be getting worse! Here is just a small sample of what we have covered: