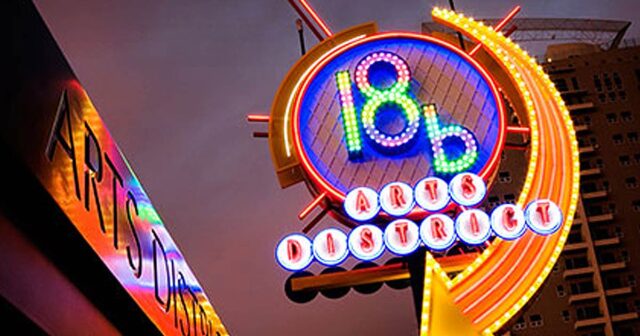 In the latest violence to hit Las Vegas, police are reporting that a man was stabbed in the Las Vegas Arts District on Thursday and was found bleeding from the stomach. According to police, who have yet again not released a description of the suspect, the victim went into a business on 15 West Charleston Boulevard just after 4 p.m., near Commerce Street, and asked for help after he said someone had stabbed him.

The Arts District has been taken over by homeless encampments and has become one of the more dangerous areas of town. Sadly, instead of addressing the problem and helping local business owners, the city instead installed parking meters where the homeless now sleep in front of and harass visitors who have to decide between stepping over homeless addicts and possibly being stabbed to pay for parking or risk the ticket.

The @CityOfLasVegas now requires you to pay to park downtown so you can have homeless meth addicts shitting themselves right next to your vehicle!

Las Vegas doesn’t care about small business owners or the safety of visitors in the arts district! pic.twitter.com/axfnkPmpQT

The stabbing comes as two people were shot the same night on the Fremont Street Experience, another area of Las Vegas that homeless drug addicts and criminal street gangs have taken over.