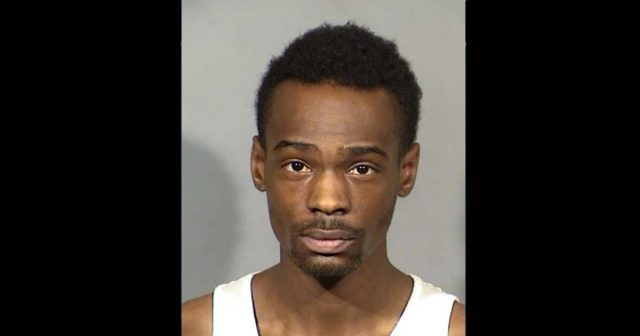 Earlier in the month, the local media yet again tried to mislead the public in their reporting when they reported on an assault in a local PetSmart store. While they reported that the assault occurred as a result of an argument over a mask, what they refused to report was the assault was actually a targeted attack from some COVID obsessed nutjob that had been brainwashed by the media to see those who don’t wear masks as enemies.

Juan Darius Hamilton was arrested after brutally beating a man with a foot-and-a-half long ostrich bone because he was mad that the customer wasn’t wearing a mask. The victim was rushed to Sunrise Hospital and Medical Center, where he was treated for a severe skull fracture and severed artery.

“The packaging for the bone was still on scene and there were bone shards shattered and splintered in the aisle around the impact zone area where there was a significant amount of blood,” according to the arrest report.

Hamilton was charged with attempted murder, battery, abuse of an older person resulting in substantial bodily harm and burglary, according to Clark County online booking records.