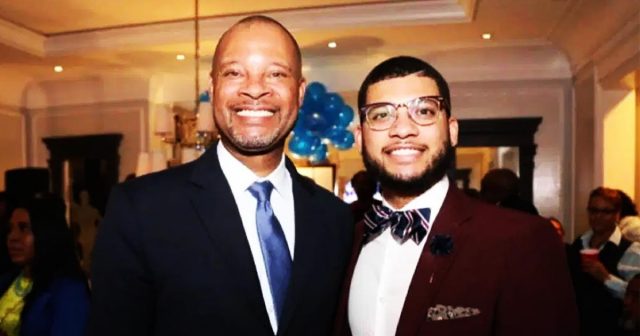 Remember when the left — rightfully — fought in the courts to make sure politicians and public officials couldn’t block their constituents online? Well it seems for our corrupt, criminal Attorney General of Nevada that was all for show.

Just curious, does the @NevadaAG office have an official response to violating my constitutional rights? Pretty sure the 2nd and 4th circuit court ruled public officials cannot block constituents on social media! His page is used to discuss public policy, he can’t legally block! pic.twitter.com/BGXjz7FMtR

It seems our Attorney General wasn’t happy with our reports on his criminal background or his son’s history of beating the hell out of women in Vegas Nightclubs! He was so triggered, that he yet again decided to ignore the law!

According to Second Circuit’s ruling, Judge Barrington D. Parker, wrote for a unanimous panel: “[T]he First Amendment does not permit a public official who utilizes a social media account for all manner of official purposes to exclude persons from an otherwise-open online dialogue because they expressed views with which the official disagrees.” Parker went on to conclude: “[W]e remind the litigants and the public that if the First Amendment means anything, it means that the best response to disfavored speech on matters of public concern is more speech, not less.”

That followed a Fourth Circuit case, decided in January, in which a local official blocked a man from a government Facebook page because of the man’s criticism of the county school board. In its opinion, the appeals court observed that the page had all “the hallmarks of a public forum” and that blocking access was “black-letter viewpoint discrimination.” That was the first circuit court ruling on the First Amendment’s application to government-run social-media accounts.

We’ve reached out to the AG’s office and the Governor’s office for comment on Aaron Ford’s latest attack on our laws.

We’ve yet to hear back! Not a shocker since this is the same government that has a Governor who told bloggers to stop reporting the news!