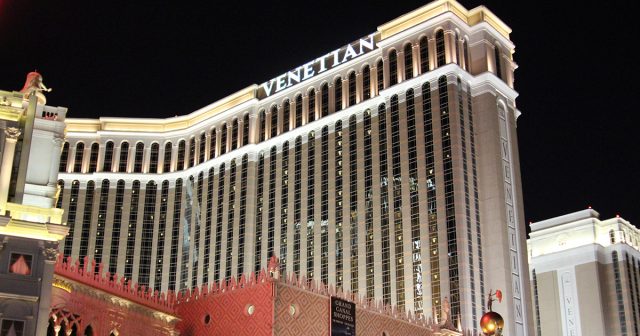 The mass-violence on the strip, bums setting up tent-cities in the doorways of billion dollar casinos, Casino executives who seem to have checked out — it’s all starting to make sense — none of Strip CEOs give a shit about Las Vegas, most feel like their futures lie somewhere between online gaming and setting up shop in Communist China!

Las Vegas Sands Corp., founded by the late Sheldon Adelson, is leaving Las Vegas and will cease U.S. operations, after selling its two Vegas properties in a $6.25 billion deal. The sale is expected to close by the fourth quarter.

Under a two-part deal, Apollo Global Management Inc. and Vici Properties Inc will take over Las Vegas Sands Nevada operations. VICI Properties will buy the casino and resort and all assets associated with the Venetian Resort Las Vegas and the Sands Expo for $4 billion. Apollo Global Management will acquire the operations of the Venetian for $2.25 billion.

The name of the Venetian, the expo center as well as the Palazzo will remain, and the company’s headquarters will stay in Las Vegas.

Apollo, a private equity firm, said the purchase is a major bet on Las Vegas, which has seen its tourism numbers and conference business drastically decline over the past year because of the pandemic. “This investment also underscores our conviction in a strong recovery for Las Vegas as vaccines usher in a reopening of leisure and travel in the United States and across the world,” it said.

For those wondering how so many of the current Casinos executives could let our town go to shit over the last year, Sands old ownership pretty much summed it up in a comment about the sale.

They have zero interest in Las Vegas, they instead will focus on China.

In other words, they are loyal to the commie bastards that helped crash our economy with the fairytale pandemic!

“The Venetian changed the face of future casino development and cemented Sheldon Adelson’s legacy as one of the most influential people in the history of the gaming and hospitality industry,” said Chairman and CEO Robert Goldstein. “As we announce the sale of The Venetian Resort, we pay tribute to Mr. Adelson’s legacy while starting a new chapter in this company’s history. This company is focused on growth, and we see meaningful opportunities on a variety of fronts. Asia remains the backbone of this company and our developments in Macao and Singapore are the center of our attention.”

They are fine Crashing Vegas and screwing the locals who helped enrich them for decades, they see China and Online Gaming as the Future!

Not shockingly, analysts are predicting that the former owners of the Las Vegas Sands will use the proceeds from the sale to push more aggressively into online gambling, something Adelson had once lobbied against.

“Its efforts thus far have lagged peers, and for it to get involved in the next great thing in gaming, the company would likely have to buy its way in, and now has a pot of money to do so,” wrote JPMorgan analyst Joseph Greff.