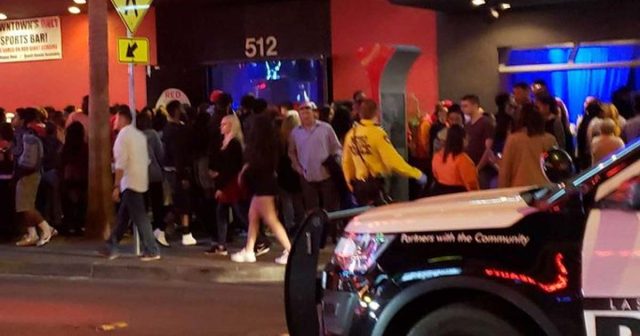 The Las Vegas City Council unanimously voted to immediately revoke the license of the Club 512, a Fremont East nightclub, due to a long pattern of repeated violent activity, code violations and aggressive, negligent security staff.

The club was known as a hot spot for trouble, and reports of patrons being robbed by security, having fraudulent charges show up on their credit cards, and nightly brawls have been known for sometime to anyone who frequents the Fremont East District. Neighboring businesses have been trying to get the city to do something about the club for the last two years.

The Las Vegas City Council and Las Vegas Metro detailed a “pattern” of violence that has put patrons and neighboring businesses in danger that date back more than two years. Many of the complaints included charges against the guards at the club.

The final straw for the city came Wednesday, after video surfaced showing a security guard knocking out a patron in front of the bar.

Metropolitan Police Department Sgt. Beth Schmidt, one of three officers who testified during the council hearing against Club 512 , said that club security’s had a history of not only violence, but a history of continuing the violence long after the fights were over. In fact, she told the City Council that Multiple security guards have been caught on camera beating bar patrons outside of Club 512 , even chasing them down the street to continue the fights.

Among the many fights, on Dec. 23, 2017, one of the altercations actually escalated to a shooting that started as a fight at the club. After being kicked out of the club, the suspects returned and shot a security guard outside Evil Pie, a business next door. The security guard was struck four times, according to the complaint.

According to Metro, there were 42 calls for police response at the club since May, with half initiated by officers.

“This is a nightclub, and these are the things that are coming on our radar. So what other things are transpiring that don’t even come to the light of day?” said Ward 3 Councilwoman Olivia Diaz, whose ward includes Fremont East.

This is the second bar on the same block of Fremont to close in the last year due to issues with violence, lewd activities and disorder. In March of 2019, the popular Beauty Bar at 517 Fremont Street was closed after the landlord cited multiple incidents that caused Metro Police to get involved.