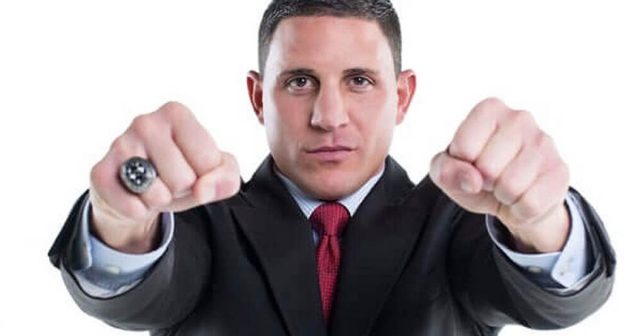 Yesterday, we exposed how two major republican candidates, Joey Gilbert and Joe Lombardo, were both funneling campaign money to democrat socialists. Now we have learned that Gilbert, who has run on a MAGA platform claiming to be a true conservative that will stop illegal immigration into Nevada has actually been helping illegals flood our state for years.

After exposing Gilbert for helping Socialist Tick Segerblom and Obama-backed Aaron Ford get elected to office, we started digging deeper into the so-called freedom fighter and found a closet full of skeletons, lies, and scams.

Joey Gilbert loses his Shit after we Exposed how his Law Firm Helps Illegals Avoid Capture and Deportation Despite Campaign Promises.

On Gilbert’s website for governor, one of his so-called issues is Immigration, and like all good grifters he talks a good game.

On his site, he states that we need to “Seal the southern border and says There will be no sanctuary state or sanctuary city in Nevada. He goes on to rightfully say that “Nevada cannot afford or support or take asylum seekers or refugees as we have the highest unemployment in the nation & cannot even provide services or support for our own residents.”

Well it would be if Gilbert hadn’t spent decades helping flood Nevada with illegals through his law firm. While Gilbert claims to be tough on immigration, one of his biggest moneymakers, something he has been trying to cover up, is helping illegal aliens flee justice and helping turn Nevada into that sanctuary state he claims there will never be under his watch.

But don’t take our word for it, just take a look at his law firm website and his advertisements to illegals over the years.

Did you know Joey Gilbert fought the Trump administration’s attempt to stop DACA?

So last night, after seeing our tweets exposing his hypocrisy and outright lies, Gilbert lost his shit on Twitter. First he attempted to flat out lie and claim his law firm has no immigration department and that he has never helped asylum seekers. He even attempted to blame his “marketing company” saying that it was them and not him who advertised to illegals.

But after an hour of tweets back and forth, the incompetent lawyer admitted to exactly that and then started even defending his actions and making excuses for flooding our state.

But again, don’t take our word for it. While Joey claims this is all the fault of his internet marketing company, there is no way you can look at his campaign website that promises to end asylum seeking in Nevada and his law firms website which to this day is still advertising to help illegals flood Nevada and come to any other conclusion than this man is a political opportunist at best!

Which one is it Joey?

Oddly, after being exposed as the grifter he is. Gilbert DMed us, in what looks like a threat to physically fight us. But since Gilbert says we are attempting to smear him, we will give you both our tweets. The first one with that section highlighted and then full DM from Gilbert, where he at the end uses some of those legal skills so he can say it wasn’t a threat to fight.

What a nut job, now Joey Gilbert is DMing us to “fight for real” after we exposed his donations to socialists & after exposing his law firm is helping illegals stay in Nevada & take your jobs!

Not only is @joeygilbertinc a grifter, but apparently not all there in the head! pic.twitter.com/gH5Rd5ILYX

There you have it @joeygilbertinc confirms that his campaign website is not how he really feels! Confirms he is a political opportunist and fraud!

Finally admits to helping asylum seekers despite telling voters they are bad for economy! pic.twitter.com/yxRqC0kjX7

Of course none of this should really come as a shocker, a whole two seconds of research into this guy exposes a lifetime of scams, reality TV appearances, attempts to gain fame through lies and deception, and heavy drug use — oh, you didn’t know about that one either, well again, don’t take our word just look at the record.

Of course there is no way he can truly explain any of this away, so like clockwork he sent his minion out to claim this site is funded by George Soros. Damn I wish I had some of those sweet millions!

But the realty of the situation is we will put our years of reporting up against his record of supporting socialists, flooding Nevada with Illegals, and rampant drug use any day! Balls in your court Joey!

The Joey Gilbert Campaign and @joeygilbertinc are feverishly trying to scrub his law firms website and the internet of proof he helped illegals and tipped them off to ICE raids for years — This page is still cached on Google where Gilbert tells illegals how to avoid ICE raids! pic.twitter.com/tRaozbgwvB

Hey look it’s that time Joey Gilbert — the guy who claims he’s gonna stop asylum seekers in Nevada while helping them flood in— had his @joeygilbertinc law firm try to tip illegals off to coming ICE raids so they could avoid capture!!! pic.twitter.com/ReTjZIFDCR

Why would Joey Gilbert delete Blog posts from his law firm's website?

Is it because he was praising Obama and writing articles to help illegal immigrants avoid ICE capture and stay here illegally, despite now claiming to be against illegal immigration?https://t.co/FwekbSKqfS pic.twitter.com/Ovpy393vAb

UPDATE: Check out our latest article exposing Gilbert’s efforts to become a legal drug dealer in Nevada, and how he used his ties to democrats to flood Nevada with pot.