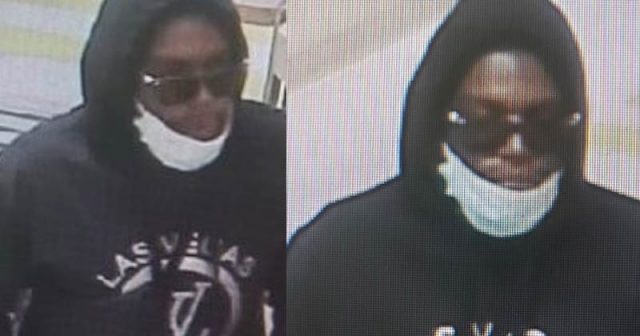 While Governor Steve Sisolak, Sheriff Joe Lombardo, and the local media pretend there is some sort of epidemic of white people attacking Asians in Las Vegas, a string of robberies in Chinatown ended with a homeless black man brutally attacking and shooting an Asian man at a Chinatown restaurant.

Most of the local media has refused to even give a description of the black assailant, and our governor and Sherriff who stage fake press photo-ops in Chinatown to demonize white people have both refused to comment on yet the latest attack.

In the latest attack, a Chinese man, Chengyan Wang, was shot at least 11 times and is in critical condition, after police say a black homeless man attempted to rob the Shanghai Taste restaurant on Spring Mountain Road early Monday morning. Wang was transported to UMC Trauma to undergo multiple surgeries, where he remains hospitalized and unconscious.

LVMPD Spring Valley Area Command Captain Michelle Tavarez says they believe this crime is connected to a string of burglaries in Chinatown.

About a week and a half ago, two Black men were seen entering a business in the 4200 block of Spring Mountain Road, LVMPD Spring Valley Area Command Captain Michelle Tavarez said during a Tuesday news conference. The suspects were able to get inside the establishment “undetected,” steal a backpack and exit the business, police said.

Update – Suspect Photo
On December 22, 2021, Detectives were able to locate surveillance photos of the possible suspect in the Chinatown shooting. He appears to be homeless and is known to frequent tourist corridor areas.

Thanks to the public’s assistance detectives have been able to identify the suspect as 23-year-old Rashawn Gaston-Anderson. If you know of his location pleas call 702-828-2639 or contact @CrimeStoppersNV https://t.co/1qtMtR23im pic.twitter.com/6r0hPEVR3d

Las Vegas Metro and the Local Government have Lost Control because they refuse to do anything about the homeless drug addicts on the strip.

Over the last couple of weeks, we’ve had a murder inside the Rio, a shooting inside Bally’s, a housekeeper killed at Bally’s, a man beaten almost to death for not wearing a mask inside a Las Vegas store, a man stabbed by a homeless man inside the Paris Casino, and countless assaults inside Casinos and throughout Las Vegas.