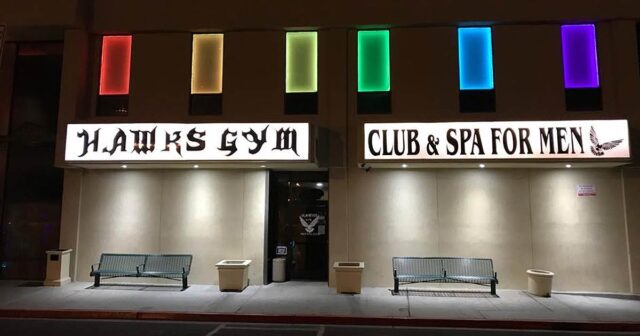 A Las Vegas man who was one of the earliest cases of monkeypox in Nevada spoke with @JaclynFOX5Vegas about his experience as he hopes to break stigmas and encourage testing and vaccines for prevention.
MORE: https://t.co/m0lEtB8H49 pic.twitter.com/P49qanBYKt

The illegal club is knowingly allowing HIV+ people to spread the disease, and has now been confirmed to be hosting events thrown by people with HIV and Monkeypox. This is no accident that this virus is spreading, and in our opinion is seems to be being spread on purpose at this point and being done so by the same people who are knowingly giving other people HIV!

Sorry, we know the photo below is disgusting as shit! But it is confirmation that these illegal activities are happening at this club and that just like we said these kinds of clubs are a vector for the spread of monkeypox. Also, keep in mind that this is the same club that Governor Sisolak allowed to stay open all throughout the COVID shutdowns.

Isn’t it beyond bizarre that the same democrat Clark County commissioners and the Nevada governor who shut your businesses down and deemed you non-essential are allowing clubs like this where they know deadly viruses are being spread to still operate? The clubs in Commercial Center District are 100% illegal under state and county law, and could be shut down based on current laws. Why are they being allowed to operate?

I guess we shouldn’t be shocked, this is the same governor who while shutting businesses down over COVID, decriminalized knowingly giving someone HIV in Nevada!

On June 21, 2021, Nevada Governor Steve Sisolak signed into law, Senate Bill (SB) 275 — legislation that decriminalized knowingly giving someone HIV because he claimed it was discriminatory against LGBTQ+ people. SB 275 repealed a Nevada statute that made it a felony for someone who tested positive for HIV to intentionally, knowingly or willfully engage in conduct that is intended or likely to transmit the disease.

You heard that right, the same asshole that claimed you were going to kill grandma for not getting vaccinated against COVID, made it 100% legal to infect people with HIV!!!