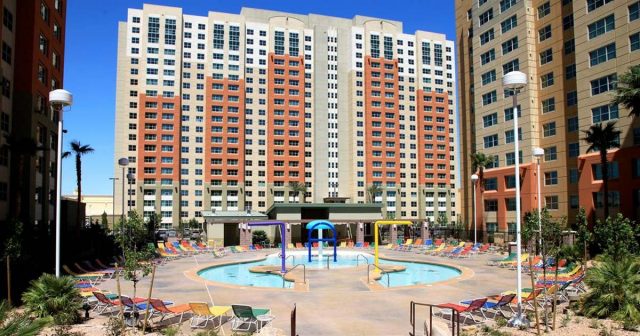 Metro is looking for 8 suspects, a group of black men and women, who were involved in a fight that lead to the stabbing death of a man attending a party at the Grandview Resort at Las Vegas.

The victim, who Metro described as a black male, was reportedly attending a party at the resort when the woman he was with was punched in the face and a fight ensued. According to witnesses, at least 8 people chased the victim down the hall where someone then stabbed and killed him.

This was just the latest is a string of attacks that happened over the weekend.