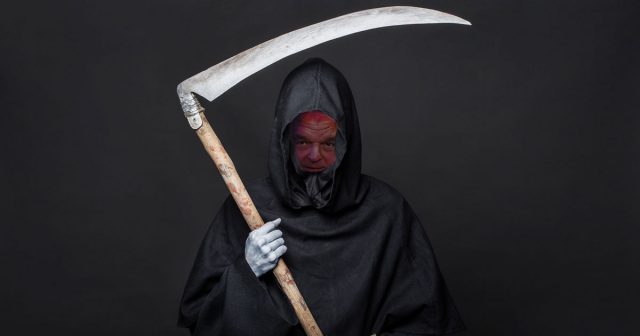 For over a year now, Governor Steve Sisolak has said NOTHING about the mass-violence, nightly fights, attacks from homeless drug addicts, stabbings and even murders that have plagued our city due to his shutdowns and the havoc he has brought down on our once great city.

But never one to miss the opportunity to push the democrat agenda, instead of focusing on the violence within his own state, or honoring those who have died over the last year due to his policies, he instead choose to lower the flag in honor of a mass-shooting in Colorado, because Joe Biden is trying to use the event to ban firearms!

Just hours after Biden announced that he will be using the mass shooting to call for a ban of all so-called assault weapons and high capacity magazines, his lapdog Sisolak signed the order to lower the flags.

BREAKING: Biden calls for a ban on “assault weapons” and “high-capacity magazines” pic.twitter.com/U5VfqX28B4

Today, I ordered the flags to be lowered to half-staff in honor & remembrance of the victims of the shooting in Boulder, CO. Kathy & I send our thoughts to the families, friends, & Boulder community who lost loved ones. We will hold them close in our hearts & in our prayers. pic.twitter.com/8vr5LJQmca

According to new statistics released by The Las Vegas Metropolitan Police Department, murders in Las Vegas have more than doubled in the first couple months of 2021 compared to 2020. So far this year, Las Vegas is at 21 murders.

Here is another stat for you… Since the so-called “pandemic” started, more people under the age of 45 have been murdered in Las Vegas than have died of COVID in Las Vegas! Yet, somehow our schools and colleges have been shutdown for over a year!

What happened in Colorado is indeed a tragedy, but what about the nightly tragedies in our own state? Why are those lives not important?

I guess we all know the answer: because then Sisolak would have to hold himself accountable for each and everyone of them since they are all due to his shutdowns and the destruction it has brought to Las Vegas!

Earlier in the week Las Vegas Metro, Steve Sisolak and the local media choose to focus on fake crimes that haven’t happened in Chinatown, instead of doing something about the nightly violence on the strip — but again, this is all about pushing an agenda. Just like the phony masks, none of this is about helping protect people!