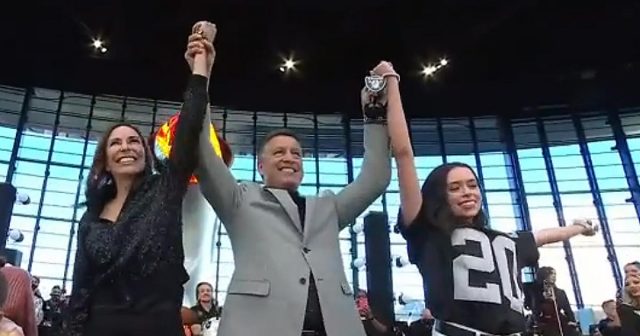 The former governor of Nevada Brian Sandoval, who has been a vocal proponent of the COVID vaccinations and was fully vaccinated himself, has tested positive for COVID today.

In the greatest irony yet, Sandoval attended the Monday night Raider’s game at Allegiant Stadium, where unvaccinated people were banned from the stadium and vaccinated were allowed by current Governor Steve Sisolak to attend without masks.

Here’s former Nevada Gov. Brian Sandoval (@Pres_Sandoval) yesterday signing the plaque that will be added to the base of the Al Davis Memorial Torch at @AllegiantStadm after conducting the pregame lighting ceremony. #vegas #raiders #RaiderNation pic.twitter.com/A2qW9db0Cm

You really can’t make this stuff up!

They banned the unvaccinated, tried to shame us, tried to flaunt the fact that they were “allowed” to take off their stupid compliance masks, and now they are catching the virus that the magic vaccine was supposed to stop. This shit is just too funny!

Where are COVID shutdown profiteers Jim Murren and Andrew Pascal and their tax-payer funded Contact tracing App? Or is that just for the serfs?

Looks like a lot of people had close contact with the super spreader Sandoval — I mean that is what the media calls it when this happens, right? Or are we just going to ignore the whole contact tracing and close contact quarantine thing now cause Sisolak would look like an idiot?

The news comes as we exposed how the media is covering up a huge amount of fully vaccinated deaths in Clark County over the last month. In fact, the number hit 112 on September 2nd, when the Southern Nevada Health District magically experienced “technical difficulties” and stopped reporting on the numbers!

Earlier in the week, we exposed how the same democrats who were pushing draconian mandates and vaccine passports were partying it up while ignoring Sisolak’s mask mandate. Democrat Congresswoman Susan Lee, Senator Jacky Rosen and Raiders owner Mark Davis partied at a mask-free party at the Cosmopolitan Las Vegas in honor of Casino Billionaire Elaine Wynn.