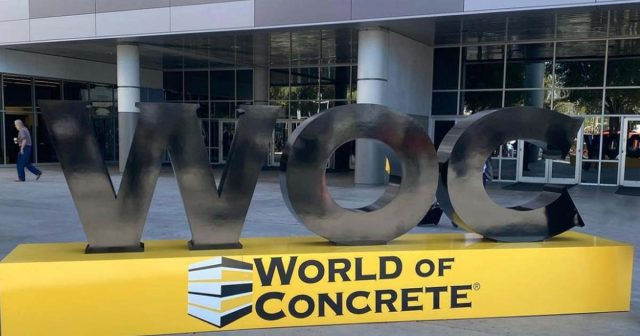 On Monday, the first major convention is set to return to Las Vegas when the World of Concrete opens its doors to the public for the first time since the trade show industry was forced to shut down operations over 14 months ago.

The show is set to be the first major show to use the new $1 billion West hall expansion at the Las Vegas Convention Center. WOC, which usually follows CES in January, typically brings in over 60,000 industry professionals — giving Las Vegas an estimated economic impact over $97 million from this one show.

How many return to Las Vegas is still up in the air; many of the upcoming tradeshows that are returning in June have told us that in some cases exhibitors are down by as much as 50%, but the fact that we are starting to see some of our big shows start to trickle back in is a morale booster that the Las Vegas tradeshow industry badly needs.

It’s estimated that the Tradeshow industry contributes over 11.5 billion dollars to our local economy, and if you ask anyone in the service industry these people are usually the ones who tip the most and really keep our city going on the weekdays.

Before COVID hit, weekday hotel occupancy was largely made up of convention, business event, and seminar travelers. Even after the city started to reopen, the Las Vegas Strip has been a ghost town during the week due to the almost 100% decline in business travel.

Throughout June, Vegas will see the return of at least 6 large conventions. Over the last couple of weeks, we’ve also finally been able to start adding conventions back to our calendar, you can check out some of the upcoming shows here.

The World of Concrete convention is set to take place June 8 through 10 at the Las Vegas Convention Center.