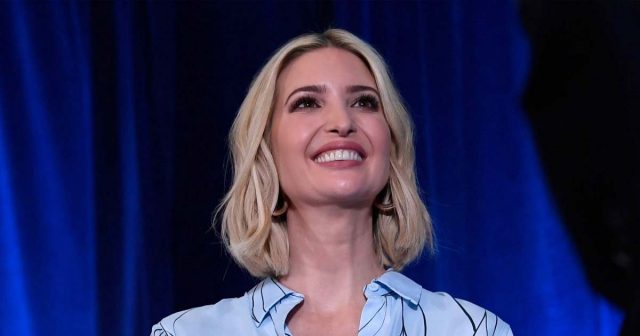 Ivanka Trump is coming to Las Vegas to take part in the 2020 Consumer Electronics Show; oddly, a bunch of so-called feminists and SJW men trying to impress the feminists who despise them, are organizing protests and threatening to disrupt CES for inviting a woman!

In a press release published on December 23, the Consumer Technology Association announced that Ivanka Trump, who is the President’s senior adviser, would be participating in the exposition as a keynote speaker.

This is a terrible choice on so many levels but also – what an insult to the YEARS AND YEARS of protesting how few women were invited to keynote & being told it was a pipeline problem while similarly-situated men were elevated. There are so many great, qualified women. Shame. https://t.co/nV5wBX31tW

Currently looking into the possibility of heading to #CES2020 in Las Vegas next week to protest Ivanka speaking at the Venetian on Tuesday at 2pm Jan. 7th. https://t.co/D6XJaoscPQ

Anyone at #CES2020 the event is run by someone who elevates a traitor to our democracy to a keynote. Protest Ivanka’s appearance. Let your voices br heard. #Resist https://t.co/12478zIMsP

CES chief Gary Shapiro, who is set to interview Ivanka Trump, said his interview will focus on the collaboration between industry and government and include topics such as people losing jobs to artificial intelligence and the race to compete against China.

“There’s a lot of focus on jobs of the future, and certainly the keynote that I’ll be doing with Ivanka Trump will be focusing on… how industry is working with government on this very important issue,” Shapiro told the BBC.

In a statement to the press, CTA said that it invited 200 policymakers from around the world and reiterated that it invites members of every presidential administration–whether they be Republicans or Democrats–to participate.

Of course, that’s not good enough for unbalanced liberals who want to ban anyone who dares think or speak differently than them!

Ms Trump is scheduled to speak at CES on Tuesday. Most of the people we’ve talked to that are here for CES seem to be happy Ivanka is giving the Keynote address, but yet again a small vocal minority, made up of mostly miserable middle-age liberal women, are trying to hold down a strong female voice.