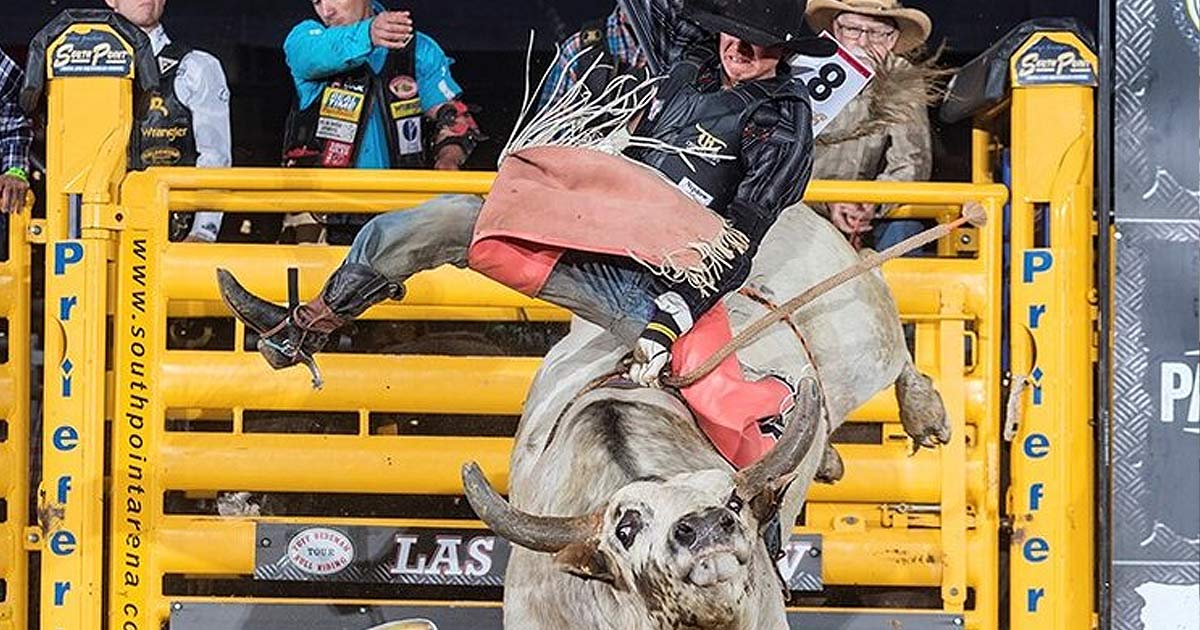 “It is an honor and privilege to be the first live ticketed event in the South Point Arena; we have all missed the fans and the energy and support they bring to our sport and production; we have not produced a bull riding until we could have fans, so bring it on,” said Hedeman.

The annual performance will once again feature an elite lineup of World Champions, National Finals Rodeo qualifiers, and the young guns battling top-ranked bucking bulls for a prize purse of $30,000.

The two-hour action-packed adrenaline rush show features a star-studded lineup of world-class bulls pitted against proven champs and the sizzling hot bull riders on tour today. The annual event showcases the industry’s top 24 ranked bull riders for a one night only performance which tests their skills against the highly skilled bull athletes.

He is known as the pioneer of the sport of professional bull riding, Hedeman, who has produced bull riding events for over 34 years and can be seen frequently as a bull riding television broadcast analyst. As Hedeman returns to Las Vegas, his signature event features three rounds of the competition ending in a sudden death ride-off.

“I look forward every year to providing the Las Vegas fans and visitors with a top-rated bull riding competition and a great entertainment lineup; we always bring a few World Champions National Finals Rodeo qualifiers and the best of the next generation of champions to the South Point,” said Hedeman.

“It is simple; anytime you have $30,000 in prize money and an event in Las Vegas, you will attract the sport’s elite bull riders,” said Hedeman. “You and your family will enjoy top-shelf entertainment, including past NFR Clown of the Year, Cody Sosebee, the Tuff Hedeman Bullfighters, and grand pyrotechnics introductions – wrapped around a two-hour adrenaline rush competition. This is family-fun entertainment, and no bull riding experience or knowledge is necessary to enjoy this high-energy adrenaline rush show.”

Doors will open at 6 p.m. for ticket holders to enjoy the pre-event activities on the concourse, including great food, cold beer, shopping, and autograph opportunities. The bull riding kicks off at 7 p.m.

TICKETS: Available online at https://www.tuffhedemanbullriding.com/ or at the South Point Hotel, Casino & Spa box office or by phone at 866-796-7111.

Discount coupon locations include Boot Barn, Discount Tire, and Tractor Supply. Ticket Pricing is $45 for reserved and $30 for general admission. Children under the age of 12 are half price for all levels. $5 off for military and seniors.