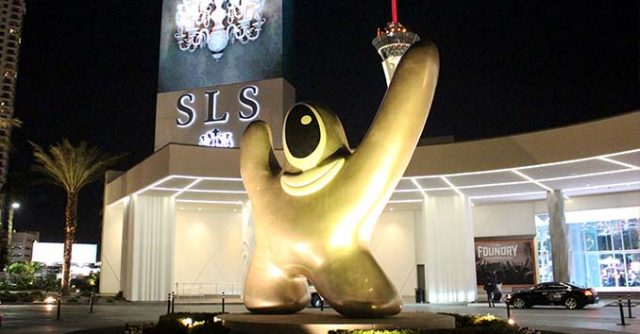 The Las Vegas Casino Resort announced Tuesday it had agreed to be purchased by Alex Meruelo and his Meruelo Group, the owners of the Grand Sierra Resort Hotel & Casino in Reno.

Neither company would talk about the details of the purchase, but in a press release announcing the sale said they expect the sale to be finalized by the end of the third quarter of this year.

The SLS is owned by Las Vegas Resort Holdings, LLC a private company. The Casino Resort originally opened in August 2014, after Stockbridge Capital and SBE Entertainment spent $415 million turning the Sahara hotel and casino into something they said would revitalize the North end of the Strip.

The Meruelo Group is a minority-owned and operated holding company with interests in Construction and Engineering, Hospitality and Gaming, Television, Radio, Real Estate, Food Services and Private Equity. They also own the Grand Sierra Resort and Casino in Reno, Nevada

In a statement confirming the sale, The Meruelo Group Chairman and CEO Alex Meruelo said “This is a once in a lifetime opportunity to acquire a premier gaming property on the world famous Las Vegas Strip.” …“We look forward to bringing our experience and successful track record as a casino/hotel owner, and to leverage our Los Angeles-based media and entertainment properties, to position the SLS as one of the most desired destinations in Las Vegas.”