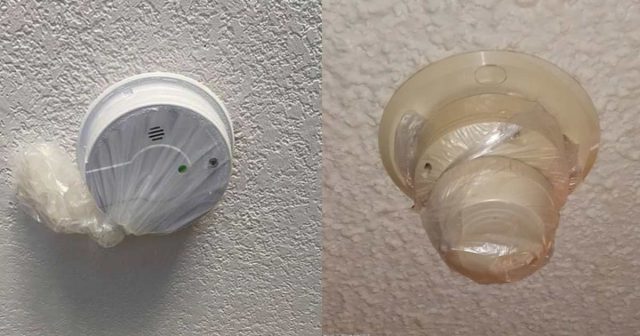 For a year now, Las Vegas Strip Casinos CEOs have been militant about pushing asinine mask policies, all while ignoring the safety of their clientele by catering to drug addicts and criminal gang members from California.

Now we are hearing from safety officials that there is a growing concern that Las Vegas strip hotels are ignoring fire safety codes as thousands of tourists’ report finding smoke detectors that have been removed, tampered with, or bagged so the previous guest could do drugs without worrying about tripping the fire alarm and alerting authorities.

And of course, they are even producing instructional Youtube Videos from their hotel rooms on how you can do it too!

Why are we catering to these people?

If you’ve been anywhere near the strip over the last year, you know it’s almost impossible to walk more than a couple feet without having pot — and even meth — blown in your face. It really makes you wonder what the hell is going on here and why Metro or the Casinos are not even attempting to get the problem under control.

How bizarre is it that glass bottles are banned on the strip, but people are allowed to light up meth pipes and overdose right in front of casino security on a regular basis without worry?

Broken Statues, Trashed Hotels, Garbage in the Streets – Welcome to...