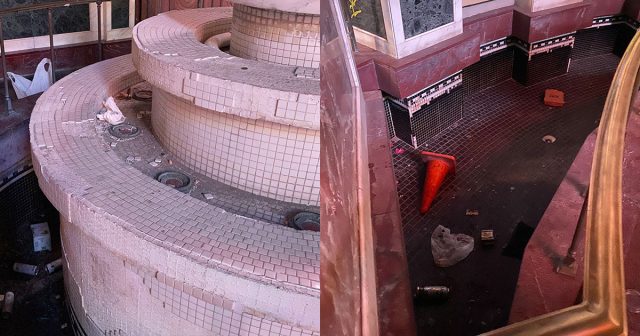 From a tourist destination and business oasis that once attracted some of the richest people in the world and gave visitors the illusion of glitz and glamour to a shithole overrun by gangs, degenerate drug addicts, disease-ridden bums, and people bent on destroying our city, Las Vegas now looks more like a third-world country than a place to put on your travel bucket list.

Today, you can’t walk the Las Vegas strip without being bombarded by signs telling you to mask up and bizarre recordings telling people to maintain their social distance. But the so-called pandemic is the least of your worries, you are far more likely to be assaulted by homeless, disease-ridden, drug addicts or the criminals gangs that our local leaders have allowed to run wild throughout our town than catch the “cold” that shut down the nation.

For over a year now, since the Steve Sisolak Shutdowns started, Vegas has been plagued by record violence, stabbings, shootings, more shootings, and even murders. Sadly, that trend looks like it’s already starting to heat up as we head into the second summer of COVID bullshit.

Looks like our new Las Vegas Strip visitors are gearing up for another summer of violence and chaos.

Out of desperation to keep the violence and chaos out of their resorts, some casinos like the Cosmopolitan have restricted access to “hotel guests” and people who hold a rewards card with the resort.

We all know who they are trying to keep out, unfortunately, it’s not stopping that crowd from coming to Vegas. Instead of being inside of the Casinos – some of which now resemble ghost towns – they have taken to the streets assaulting tourists, and literally tearing down our cities monuments and infrastructure.

While walking the strip last night, we not only witnessed multiple arrests and people trying to start fights, but we also saw people who came here with the sole purpose of destroying our city, our infrastructure, and the monuments in front of the Casinos.

We witnessed scumbags destroying property & literally trying to punch holes in the walls at $billion resorts this weekend!

Looks like they also tore one of the Caesars plaque logos right off the wall. Why are we allowing these animals loose in our city?https://t.co/PLzyjY2yEw pic.twitter.com/uxXVgP79mI

This is the real Las Vegas under Sisolak that the media refuses to show you!

This was just down the block from the shooting last night

Guy was freaking out cursing in a wheelchair blocking Charleston… Motorists moved him off the road, after 30 minutes metro still had not arrived. Between gangs & homeless we are losing controlhttps://t.co/t7RAnxpwAV pic.twitter.com/uoDrKGq7V8

These morons were driving up and down the strip filming each other doing donuts… they hooked up an exhaust that simulated gunfire then drove around the strip trying to pretend they were shooting people… pic.twitter.com/vn0C5kg3cB

Harrah’s sure seems safe and fun… good thing we have those social media influencers telling everyone how Vegas is back! pic.twitter.com/07RRIPVTr2

Homeless taking over the strip! Naked asses out laying in front of @HarrahsVegas … bang up job from @CaesarsEnt security and Las Vegas Metro standing 5 feet away allowing this in front of $billion resort! But keep@your mask up sheep! pic.twitter.com/AfBEGJUp0k

Sadly, this is only a fraction of what we have seen/caught or has been sent to us, you can see more here and here, but again, even that only scratches the surface of what is happening in Las Vegas and what the media is refusing to show you!