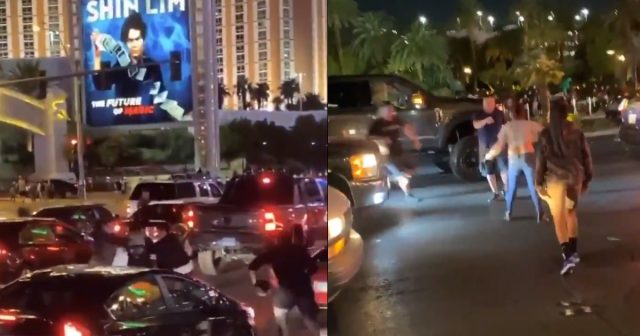 Last night in front of the Mirage on Las Vegas Blvd., Democrat activists stormed the street and attempted to pull people out of vehicles because they were upset seeing the American Flag and Trump signs.

The local media is reporting the incident as a random attack, refusing to show the footage or even acknowledge the fact that Democrat activists were attempting to pull people out of their vehicles and brutally beat a man in the middle of the Las Vegas Strip. Just like they wont show you the Cardi B footage from last night, you won’t see this reported either…

Welcome to Sisolak’s New Approved Las Vegas, where being a patriot could cost you your life!