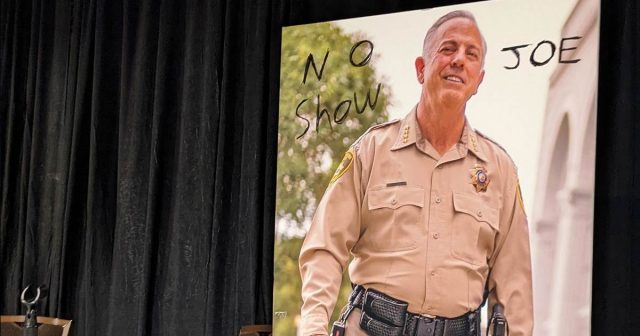 Sheriff Joe Lombardo, a man who has let the city of Las Vegas slip into third-world ghetto status, refused to show up to the Nevada Republican gubernatorial debate at the Atlantis Casino Resort Spa in Reno tonight, in his latest act of cowardice.

Here is the debate:

This comes as both Sheriff Joe Lombardo and current governor Steve Sisolak’s leadership comes into question after record violence sweeps through the city of Las Vegas.

In the last week alone, we have seen:

This follows a violent month of December where we had a murder inside the Rio, a shooting inside Bally’s, a housekeeper killed at Bally’s, a man stabbed by a homeless man inside the Paris Casino, a man shot 11 times by a homeless addict in Chinatown, and countless assaults inside Casinos and throughout Las Vegas.