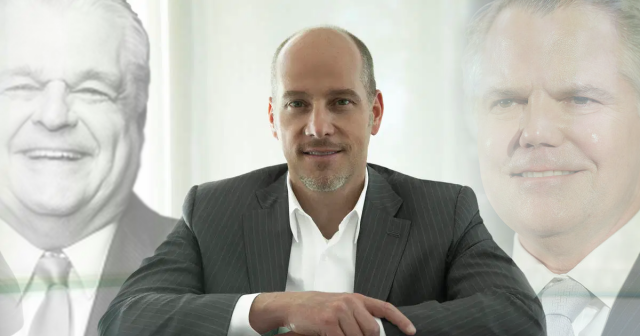 As small business owners throughout Nevada go bankrupt, two of Governor Steve Sisolak’s closest friends, Jim Murren and Andrew Pascal, have been using their positions with the COVID taskforce in an attempt to bankrupt their competition and profiteer off the shutdowns they created.

We have covered the criminal actions of both of these scumbags in the past, but today we learned their crimes just went public in a way that shows just how corrupt the Sisolak administration really is.

Today, it was announced that Andrew Pascal’s mobile gaming company PLAYSTUDIOS is set to go public on the Nasdaq market under the ticker symbol MYPS with the help of former MGM Resorts International CEO and current head of the Nevada COVID taskforce, Jim Murren.

Several investors including MGM Resorts, BlackRock Inc.,  ClearBridge Investments and Neuberger Berman Funds have agreed to a $250 million investment, the companies said, and the combined company will have an estimated $290 million in cash.

PROFITING OFF THE CONTINUED SHUTDOWNS YOU CREATED IS BEYOND FRAUD!

The fact that these two are not in prison and the fact that the SEC is even entertaining this outright crime shows how corrupt the system and our state government really is.

Here you have two criminals who are directly responsible for shutting down our state and destroying our economy, that are still being allowed to use the COVID taskforce to launch companies, bankrupt their competition, and push polices that allow them to directly profit from their continued shutdowns.

After leaving MGM Resorts with a $32 million payout, and while serving as the head of the COVID taskforce, Jim Murren teamed up with former Morgan Stanley veterans Edward King and Daniel Fetters to make money off the destruction of Las Vegas. Sisolak allowed the head of his “COVID Taskforce” to form a Special Purpose Acquisition Company (SPAC) to pursue potential deals in online gaming, as well as deals that include buying up bankrupt live event and entertainment-related businesses – businesses that failed as a result of Murren’s Shutdowns!

Andrew Pascal, former Wynn Resorts executive & nephew of Elaine Wynn, has used his position of power to parlay the shutdowns into a $1.1 billion mobile gaming empire. Not only is Pascal Task Force Head Jim Murren’s neighbor, but he also created Nevada’s COVID tracking app – the app that is being used by Sisolak to justify the continued shutdowns.

How are the two people directly responsible for keeping us shutdown allowed to profit from it?

People are losing their homes, small business owners are going bankrupt, and tens of thousands of hard-working Nevadans who have been put out of work by these two criminals are still unable to collect unemployment funds, but somehow a whole lot of people around our Governor seem to be profiting rather nicely.

I guess we now know how Sisolak has managed to raise $4.5 million in campaign cash as our state burns!