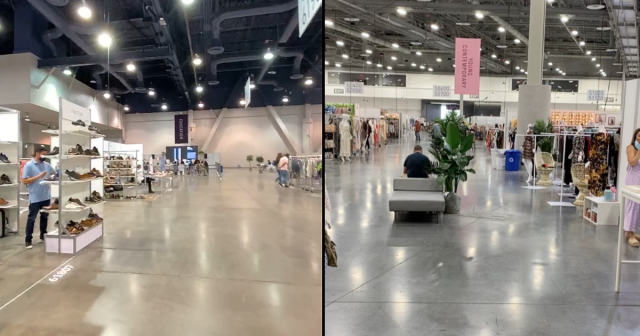 While the local media and the corrupt political activists over at the Las Vegas Convention and Visitors Authority try to cover up the complete collapse of our convention and events industry, insiders are telling us that they are worried that Las Vegas may never come back after the latest round of business-killing COVID mandates.

After Governor Steve Sisolak and his Henchmen on the Clark County Commission passed an indoor mask mandate and hinted at mandatory vaccine passports for the convention industry, conventions, business seminars, and trade shows have seen a huge increase of mass-cancellations from exhibitors and attendees. In fact, many of the trade shows over the last couple of weeks have struggled to get a quarter of the attendees they are used to seeing at their annual shows.

The Global Licensing expo, which usually brings in over 16,000 attendees and was scheduled to start this week at the Mandalay Bay Convention Center went completely virtual after struggling to get attendees to sign up.

This week was also supposed to be the start of Las Vegas Fashion Week when the fashion industry hosts a number of conventions and events throughout Las Vegas. Typically, the city can expect over 125,000 attendees for these events, this year most of the events are seeing an over 75% drop off in attendance. Most of the typical after parties and fashion shows have been completely canceled, devastating the already struggling trade show industry, local bars, and restaurants who all count on this mid-week income to keep them afloat.

We typically cover these shows as well, but we have suspended all live in-person coverage of trade shows and conventions until the mask mandate is dropped, and mandatory vaccinations have been removed from Sisolak’s upcoming second wave of attacks on the convention industry.

Even before the mandate, the devastating consequences of the Sisolak shutdowns were clear. Back in June, the World of Concrete Trade Show had an attendance of 10,000 people, 50,000 fewer than normal conferences in previous years.

Many of our contacts in the convention signage, events planning, and convention services industry have told us they are facing a complete collapse in business. Businesses that they’ve been dealing with for over a decade have either stopped ordering, or completely scaled back on things like booth signage, marketing materials and after-hour events and networking parties.

Why bother paying for booth signage, marketing materials and after-parties when you have almost ZERO traffic when compared to previous years?

The Offprice Specialty show was hit even harder…

We have heard from numerous sources that a number of large conventions and large rodeo-type events are ready to pull out of Las Vegas, as a flood of complaints from attendees and exhibitors has come in saying they will not attend if the mask mandate is still in effect. But even more troubling, is last week Governor Steve Sisolak hinted that he was pressuring convention venues and events companies to enact mandatory vaccine passports. We are told he is threatening that if they don’t do it themselves, he will issue the mandate himself.

A number of shows including CinemaCon and DEFCON are already requiring Proof of full COVID-19 vaccination.

Last year’s mandates caused a number of trade shows to go bankrupt, or leave Las Vegas for good. When Governor Sisolak refused to increase capacity limits last year, Joe Weider’s Olympia Fitness & Performance Weekend publicly stated that because of the business-killing mandates they were never coming back to Las Vegas. They have since relocated to Florida, a 40 million dollar a year loss in non-gaming revenue from this one show.

Earlier this year, due to the uncertainty Sisolak’s mandates have caused, the IWCA Convention moved from Las Vegas to Orlando. The IWCA board felt it was a better option as Florida is more open to tourism and less likely to enact mandates that would kill their convention.

We can almost guarantee that if things don’t change quickly we will lose most our Rodeo events, SHOT Show, and quite possibly SEMA as all of these events are hearing from attendees and exhibitors that have already pulled out or are threatening to pull out if the mask mandate is still in effect and if the vaccination mandate is enacted.

According to a report prepared for the Las Vegas Convention and Visitors Authority, over 125,600 jobs are believed to have been lost and over $34 billion in loses have been incurred due to the Sisolak shutdowns.

Mass-Violence Yet Again Hitting Vegas in Place of Business Events

And like clockwork, the business killing mandates have meant that business tourism has yet again been replaced by thugs invading our city and spreading chaos throughout our community. For some reason, our local and state government seems to cater to people who ignore the mandates, have no money to spend, and only come here to start trouble.

Another one our media refuses to cover and our Governor refuses to acknowledge.

They can harass paying customers over masks, but can’t stop these animals from assaulting tourists! pic.twitter.com/OKli5ew8BO

Another one our media refuses to cover and our Governor refuses to acknowledge.

They can harass paying customers over masks, but can’t stop these animals from assaulting tourists! pic.twitter.com/OKli5ew8BO

The new Las Vegas Visitor courtesy of Sisolak and the Clark County Commission who have yet again killed our economy with idiotic business killing mandates! pic.twitter.com/eGD4CRVBkQ

Follower sent us this from Fremont Street…

Another weekend of fights, chaos and violence. pic.twitter.com/9ZBwAT4I7z

Who needs conventions and people with money when we can have these nice ghetto events?

Commentary not ours, downloaded from morons who think it’s funny!

This is what Sisolak is catering to with his new round of business killing mandates pic.twitter.com/AR57MWFI7q

Like clockwork, with Sisolak’s behind the scenes COVID mandates comes the return of the Ghetto Traveler back to the Las Vegas Strip…

Fight with gun outside Harrahs & the LINQ. pic.twitter.com/7MjcqfcLkO 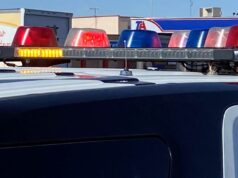