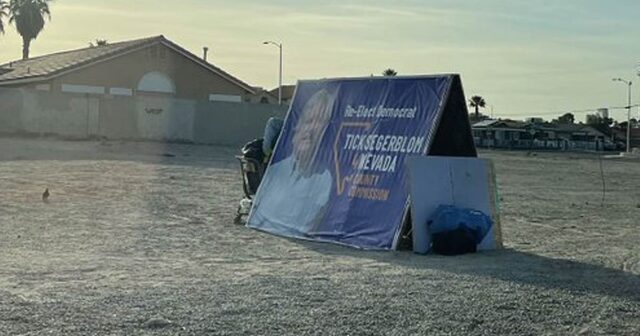 If you want to know how out of touch with reality the Nevada Democrat party is, look no further than Democrat Socialist Tick Segerblom. Earlier Today, Segerblom proudly tweeted out images of homeless people using his political signs as makeshift homeless camps, claiming they are now no longer homeless!

These are the real Nevada Democrats, people who forced you to bankrupt your business for two years, forced your children to wear compliance masks, while proudly moving disease-ridden homeless drug addicts right outside your backdoor!

Keep in mind, Segerblom is the same Clark County Commissioner who enacted the mask mandates and pushed for vaccine mandates, all while ignoring the mandates himself and throwing maskless parties! He’s also the same democrat socialist, that scam-artist, Grifter Joey Gilbert helped get elected.