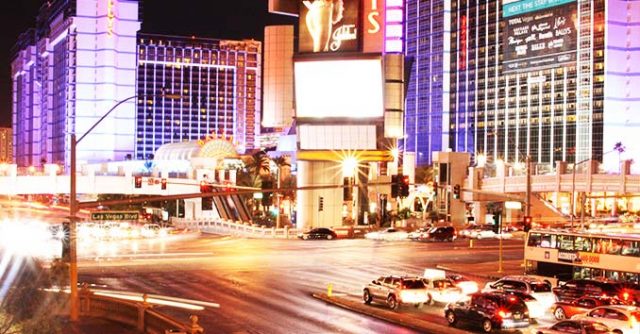 Las Vegas County Commissioner Chris Giunchigliani, the liberal-socialist who wants to make Clark County a sanctuary county for illegals, is attempting to destroy tourism yet again; this time, with her plan to BAN cars from the Las Vegas Strip.

Giunchigliani, who is now bizarrely using the October 1 mass shooting to push here wacky agenda, is attempting to ban cars from the Las Vegas Strip, saying it will make it easier for emergency vehicles to get where they are needed.

Her plan would ban all private vehicles from driving between Mandalay Bay and the Stratosphere. Giunchigliani suggested that only pedestrians, buses, taxicabs and ride-hailing companies like Uber and Lyft should be allowed to drive along the strip.

“We really need to look at how you move someone much more safely, especially given what happened with the shooting, because we had difficulty getting emergency vehicles through,” said Giunchigliani, whose District E includes a section of the Strip.

This woman is disgusting! Using the October 1st tragedy to push her mentally deranged liberal fantasies of banning vehicles and herding everyone into some collective public transportation fantasy will do nothing but scare even more tourists away. Who the hell wants to sit on a Las Vegas bus when they are filled with urine-soaked crackheads, gangsters, drug dealers, and other mentally deranged liberals like the councilwoman?

This has nothing to do with public safety; she has been pushing her wacky ban cars agenda for years – well before the October 1st shooting. In fact, she cares so little for the public’s safety that she has also been attempting to flood Las Vegas with illegals and refugees.

Earlier in the year she wrote on her Facebook page  “It’s time for Clark County to become a sanctuary county. I will be working on a resolution and presenting it [to] the commission soon. All our residents and constituents need to know their elected officials don’t want people rounded up. And we shouldn’t treat anyone in a discriminatory way. We are better than this as a country. Keep an eye out for the agenda item.”

Maybe this wacko should focus on the real problems plaguing the Las Vegas Strip like the rampant violence, drugs, and homeless bums that have taken over the entire strip.