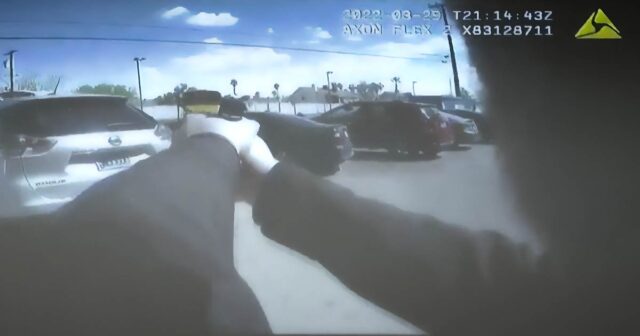 We all know CCSD schools are an absolute nightmare, but it seems CCSD police officers have made it even more dangerous for students after discharging their weapons at a vehicle at Western High School last week that they claimed was coming straight at an officer.

Video of the incident was just released, and while there is no doubt the scene was chaotic, it seems CCSD officers made the situation much more dangerous after an officer decided to open fire in a parking lot full of students and buses when the driver was clearly trying to flee the scene, not hit the officer as was claimed.

Looks like he put a whole lot of kids in danger by opening fire in that lot! pic.twitter.com/hQj2GvYg88

According to police, CCSD received a call about a fight at the school and a vehicle with a weapon. Lt. Brian Zink, public information officer for the Clark County Police Department, said that at around 2:15 p.m. officers responded to the scene where they saw a vehicle traveling at a high rate of speed through the east parking lot on campus. Officer Christopher Knight fired three shots “fearing for his safety, the safety of students and his partner,” said CCSDPD Lt. Bryan Zink.

Last week they claimed the vehicle was coming right at the officer when he opened fire. But as you can clearly see in the video above, that was not the case. In fact, it even appears the girl who was struck by the car was struck accidently after the officer pulled his gun and pointed it at the vehicle and a number of students.