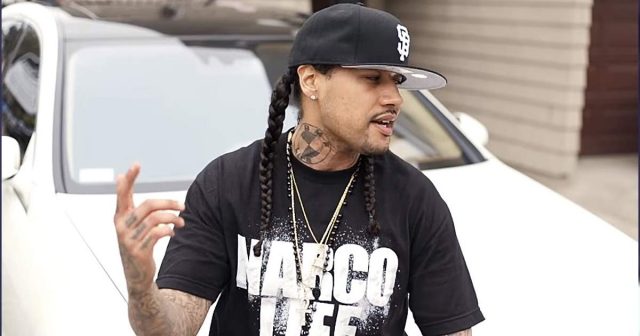 According to the Las Vegas Metropolitan Police Department, Branklyn was taken into custody on June 11th for allegedly raping a young woman at the Aria Hotel and Casino in Las Vegas. According to our sources, the trouble started in full view of Aria staff and security, when Branklyn allegedly grabbed a woman that he had been taking shots with inside a bar at the High Limit Lounge at Aria. Police say he was caught on camera “pulling her head back and pouring a drink into her mouth.”

Five minutes later, Las Vegas police say, security footage shows Branklyn forcibly grabbing the victim by her arm and the back of her neck and leading her to an elevator inside the Aria.

The victim told police she did not remember leaving the High Limit Lounge but woke up to find Branklyn raping her.

When she pleaded for him to stop, he started repeatedly punching her in the face until she was unconscious. When she came to again, he was allegedly attempting to put his penis in her mouth. She managed to free herself and crawl to the bathroom where there was blood everywhere. She then climbed into the shower where she remained for over two hours in the dark. Branklyn eventually called her an Uber and sent her home.

The room was so bad that the Aria declared it a biohazard because of all the blood, but from what we are being told it doesn’t seem like anyone at the Aria bothered to call Metro, even after finding the blood.

It wasn’t until a friend made the victim go to UMC that Metro became involved. They then conducted a search online and discovered several rap videos that matched a photo provided by the victim.

During the investigation, they discovered that Branklyn had been convicted of several sexual assaults in California and was required to register as a sex offender.

Why Does MGM continue to cater to Rappers, Gang Members and Criminals?

It seems the MGM is completely unwilling to stop ghetto thugs from assaulting people inside their hotels. In fact, we’ve covered the issue multiple time over the last year, including numerous robberies, assaults and shootings inside MGM properties.

Back in September of last year, while Strip Casinos were shutting down nightclubs and limiting who could come inside their casinos, MGM allowed known criminal rappers — rappers who warned they were coming to Vegas for a shootout on social media — to throw huge parties inside their casinos that resulted in a shooting in the Valet area of the Aria.

Even the MGM staff likes to get in on the action…

Oddly, while catering to these criminals, MGM has been working behind the scenes to disarm law abiding Nevadans and stop them from being able to protect themselves from the violence inside their casinos.