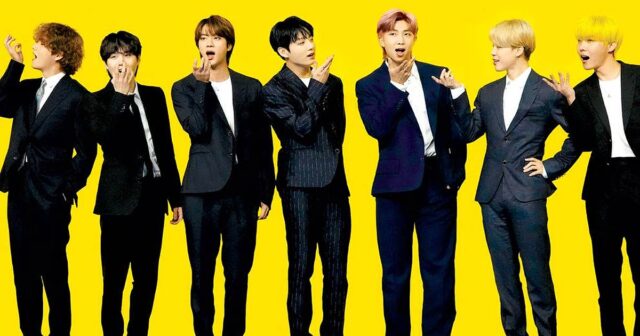 In the next installment of the never ending mass-psychosis COVID event, we have learned that the upcoming BTS concerts at Allegiant Stadium will once again reinstate the mask mandates inside the stadium, and require Clear Health passports. Attendees will be forced to once again strap on their facemasks if they want to watch a bunch of teenage boys dance and sing like women.

Allegiant Stadium, where unvaccinated Raiders fans were banned from attending games, made the announcement via Twitter today regarding the group’s “BTS Permission to Dance On Stage” tour.

The news comes as the vaccinated and boosted band admitted that one of its members, Jungkook, not only tested positive for COVID upon arrival in Las Vegas on March 28, but somehow miraculously recovered in time to perform maskless at last night’s Grammy Awards.

A statement from the “band” said, “Upon conclusion of the quarantine, Jung Kook took a rapid antigen test in the United States to join the schedule for the Grammy Awards. The result came back negative, and the awards organizer has approved of his Grammy Awards participation.”

In the last few months, BTS members V, Suga, RM and Jin have ALSO tested positive for coronavirus, despite relentlessly pushing propaganda on how great the vaccines are.

It’s not a secret that KPOP bands are carefully controlled propaganda machines, where pre-teen kids are basically sold into a life of slavery where every aspect of the performers’ lives are scripted and controlled. KPOP trainees, who live in ascetic dormitories, are prohibited from communicating with their parents and friends.

BTS, a band that has been used by democrats like AOC to push socialist and transgender propaganda on America’s kids, has also been used to promote mass-COVID vaccinations by the United Nations. Here they are talking about how they are all vaccinated at a UN event.

The band is set to perform on April 8-9, and April 15-16 at Allegiant Stadium in Las Vegas.