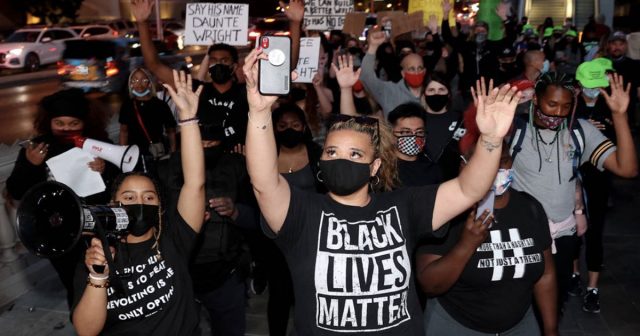 SAFETY ALERT: BLM affiliated groups are planning a mass-chaos event tonight on the Las Vegas Strip. They are planning to start gathering in front of either the Venetian or the Bellagio at 8pm — we’ve seen both mentioned!

Earlier in the week we exposed several Las Vegas “journalists” who have been helping BLM organize these disruption events behind the scenes. Our sources at the RJ say those same reporters are helping a local BLM affiliated organization called More Than A Hashtag LV gather more supporters tonight in an effort to push even more chaos on the strip!

Here is one of their flyers that we obtained:

Earlier in the day, the democrat tool Steve Sisolak helped fan the flames, when he made a proclamation celebrating the criminal George Floyd. Keep in mind, that when the governor says you should honor George Floyd, he is telling you to honor a drug addict felon with with decades of drug arrests, thefts and an armed robbery of a woman who he and five other criminals pistol-whipped while she was at home with her children. Kind of sounds like many of our new Sisolak approved Las Vegas Strip visitors!

Oddly, Sisolak made no proclamation when the White Retired police officer was killed by a Black Homeless Drug Addict Felon last month on the strip — there were no protests or proclamations to honor him!

Today, I issued the following statement after the jury in the Derek Chauvin trial returned a guilty verdict on all three counts in the death of Mr. George Floyd. pic.twitter.com/dqxNpaM8wB

Earlier in the week, in preparation today’s chaos, Las Vegas Review Journal Reporter Kevin M. Cannon forgot he was on his work email and admitted the RJ and fellow reporter Sabrina Schnur were protesting with the local BLM groups!

UPDATE: Here is some of what happened last night:

When the media tells you on the news tonight that it was peaceful they are lying. We caught @News3LV and other media outlets staging shots to make BLM group look good!

We told you they would lie and pretend their was no violence! This is one of the fake shots we watched them film! They have the fights on film!

Why are you not showing the violence? We saw you film it and then setup these fake shots!!! https://t.co/iGyIJwoCYg https://t.co/0fVf87480Z

Isn’t it odd that @FOX5Vegas and @News3LV didn’t report on the BLM riots/violence on the strip tonight? We mean these are their reporters filming it right? pic.twitter.com/POAO2QABxL