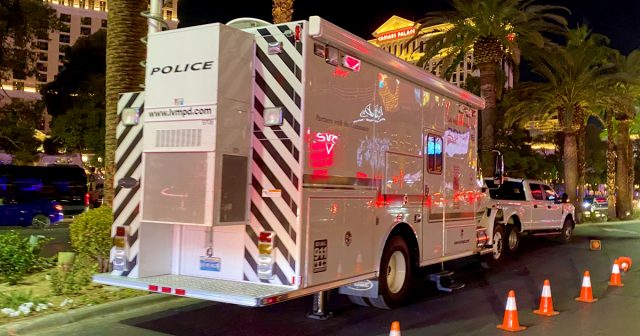 It’s now been months of unrelenting chaos throughout the city of Las Vegas without a single word from Governor Sisolak, the City of Las Vegas, or Clark County officials addressing the mass-violence and destruction.

Over the weekend, we yet again witnessed dozens of incidents, most unreported, most we will never know what really happened – mostly because our useless assholes in the media don’t seem to care, it doesn’t fit their agenda!

It’s not hard to find, this was the first incident we encountered just getting of the 15 on Friday night. We do have to give it to this Metro Officer, he covered some serious ground to catch one of these little bastards…

Then over on Fremont Street, we had multiple racially motivated attacks that went unreported, here was one of them.

To Metro’s credit, they are attempting to do something:

Metro beefing up there presence on the strip to the point where they took over a lane on Las Vegas Blvd. to setup a mobile command center on the Strip. pic.twitter.com/0oOKa8EjjA

Unfortunately, the entire city seems to be slipping into a state of complete lawlessness. In fact, locals can’t even bring their kids to a pumpkin patch without worrying about being assaulted.

Even the pumpkin patch carnival in Las Vegas is overrun with Ghetto trash! Multiple fights and attacks, can’t even safely bring your kids to the carnival… pic.twitter.com/MVCSrlZoHv

As the City of Las Vegas sends out mask patrols and government compliance teams to make sure no more than three children are playing at a park at any time, criminals have turned the Strip into their own playground.

As @CityOfLasVegas allows homeless to take over our parks, defecate & leave needles everywhere, & exempt them from mask mandates, they are now limiting number of kids at parks. Some allow only 3 Kids at a time & they must wear masks outside as homeless dude pisses on the slide pic.twitter.com/D61WFC4i67

Now we know why the escalators are broken… I guess this is what happens when the city limits then playgrounds to 3 kids at a time… From world-class shopping at Fashion Show to Ghetto Playground under Sisolak! pic.twitter.com/GfEfnR1iev

I guess we allow bicycle clubs to takeover entire lanes of traffic on the strip now. pic.twitter.com/1X0A73JCQa

And then of course, we capped the weekend of with several fights in front of Planet Hollywood and the second shooting since they opened last week.

Another fight and shooting at Planet Hollywood… trying to get more details… pic.twitter.com/WywWHatJf6

Welcome to Sisolak’s New Las Vegas… Here is the bridge between the Cosmo and Planet Hollywood this weekend. Fights, more shootings and absolute chaos — just another weekend on the strip with Sisolak’s new approved visitors… pic.twitter.com/58PcYatJut 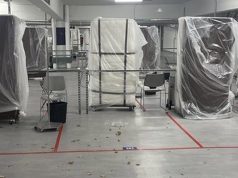 When Fact Checkers Don’t Check the Facts! Why won’t media admit Renown Garage Hospital is a Fraud on the Public! 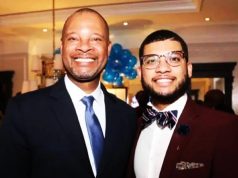 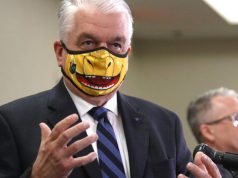 Sisolak Crying that President Trump Retweeted out our Facts about Nevada Hospital Scam!

Sisolak Crying that President Trump Retweeted out our Facts about Nevada...