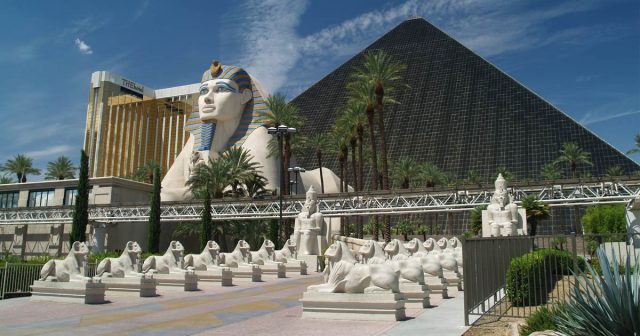 As the Governor’s COVID policies turn Las Vegas into a Third-World Hellhole, yet another stabbing has been reported on the Las Vegas Strip — and here comes the shocker, it yet again involves the homeless drug addicts who have been allowed to terrorize the Strip for the last 2 years.

One of the addicts was hospitalized with serious injuries after being stabbed in the neck while on the sidewalk in front of the Luxor Hotel and Casino, according to Las Vegas police. The stabbing was reported about 5 a.m., Metro spokesman officer Aden OcampoGomez said.

The suspect has been taken into custody on unspecified charges, OcampoGomez said.

This is just the latest in a long sting of attacks on the Las Vegas Strip. Over the last couple of weeks, we’ve had a murder inside the Rio, a shooting inside Bally’s, a housekeeper killed at Bally’s, a man beaten almost to death for not wearing a mask inside a Las Vegas store, a man stabbed by a homeless man inside the Paris Casino, a man shot 11 times by a homeless addict in Chinatown, and countless assaults inside Casinos and throughout Las Vegas.

Sadly, we’ve covered the violence almost daily over the last couple of years and the problems just seem to be getting worse! Here is just a small sample of what we have covered: