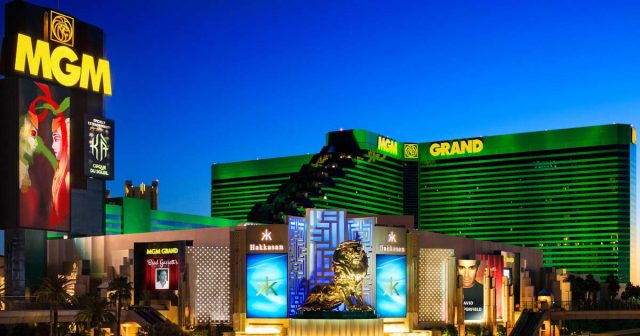 Welcome to another violent weekend in Las Vegas. This morning, yet another fight on the Las Vegas Strip escalated into gunfire.

Las Vegas police Lt. Frank Humel said police were called to the MGM Grand at 2:38 AM Friday morning for reports of yet another shooting.

“Officers determined that two males got into an altercation on the casino floor and one pulled out a gun,” Humel said. “A witness observed this and took the gun away from the suspect.” A single shot was discharged as the two men fought over the gun.

The suspects fled on foot and are still at large. “No one was injured during the altercation,” Humel said. “Detectives are on scene and currently investigating the matter.”

So the same Casino Execs who are pushing for mandatory COVID testing, assigning digital barcodes to human beings, biometrics tracking and saliva tests to be able to work on the strip and attend shows and conventions somehow can’t stop the Ghetto violence that is plaguing their casinos or even find suspects after these shootings.

Welcome to the new Vegas, run by incompetent morons who have crashed our economy into the ground in the name of reshaping America and pushing a Dystopian vision of the future.