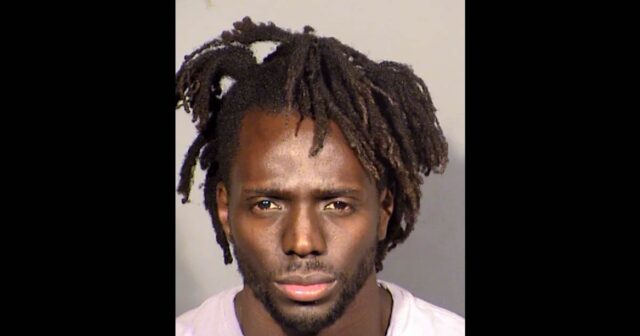 The Clark County School District Police Department say they have arrested a high school teacher for allegedly engaging in sex with a student.

Michael Loyd, 34, was arrested on May 25; he faces charges of open/gross lewdness, school employee engaging in sex with a pupil, and possession of a dangerous drug without a prescription. Loyd was booked into the Clark County Detention Center. According to the arrest report, Loyd was caught in his classroom on the last day of school with a partially nude student by another teacher.

The arrest report said a teacher saw a light on in Loyd’s classroom so she “opened the door and said goodbye but stopped mid-sentence when she saw a female student sitting or leaning on a desk with Loyd standing in front of the student very close and in an intimate space.” The teacher said the student was naked from the waist down, and the student admitted to police that there was sexual touching.

Loyd is a teacher at Palo Verde High School and has been teaching in CCSD schools since January 2016. According to parents of children at Palo Verde, students say there were always kids who were not supposed to be in Loyd’s classroom hanging around inside his room.

Michael Loyd Jr is listed as a Special Education Teacher at Palo Verde High School, a Basketball Coach for the Palo Verde Panthers, and his Linkedin resume says he was In-House Counsel for the Clark County School District.

Loyd is a former college basketball star, and a former Palo Verde High School student. Back in 2010, it was reported that he was kicked of the BYU basketball team in Utah for violating their honor code — our sources say he was pulled over by local police and was found with drugs in his car. At the time, Loyd denied he violated the school’s honor code and claimed he left because “The Mormon thing wasn’t for me.”

Back in 2010, BYU head coach Dave Rose claimed at the time “The situation with Mike basically came down to accountability issues and responsibility issues, and things that we had discussed many times and when it came right down to it, we just felt that the direction that we were going as a team and as a program, and the things that we felt were really, really important … Mike struggled with some of those issues,” Rose said. “So the best thing for us to do was kinda go in different directions. And that is kind of how it happened.”

He also stated that Loyd was academically qualified to play anywhere in the country, but that academics were a “struggle” for him. Ironically, CCSD felt they should hire a guy who struggled academically and let him teach High School!

CCSD Police ask that anyone with information about the case or anyone who may have had questionable contact with Loyd call (702) 799-5411.