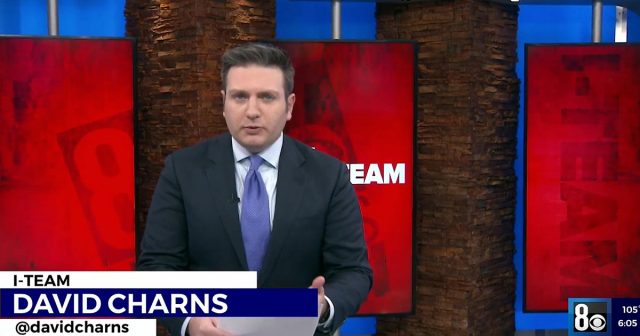 A local “investigative reporter” for local news channel 8NewsNow ran a fake story claiming that Mountain View hospital in Las Vegas was so slammed with COVID patients that they were lining the hallways of the hospital.

Unfortunately, for the so-called “investigative reporter” David Charns, the story seems to have been completely fabricated by an Instagram rapper by the name of Kamran Rashid Khan (stage name LAZARUS) who claims to be a doctor at the hospital. Charns and 8 News Now did zero investigating or fact-checking before running the wild claims, and instead of visiting the hospital or even calling the hospital to make sure the claims were factual, they decided to spread the fake news on social media, on their website, and on their evening news broadcast.

But according to Mountain View Hospital, the story is false. There are no COVID patients “lining the halls” of the hospital. In fact, since 8 New Now ran the story, all of the so-called rapping doctor’s posts claiming that the hospital hallways were lined with COVID patients have been removed from his social media pages. Even though the story has been proven to be wrong, and despite the posts being removed from the “doctor”, 8 News Now refuses to retract the story or issue an on-air apology.

The so-called “doctor” routinely posts fake videos on social media of himself wearing masks in his vehicle, claiming to have come off of shifts at Mountain View or other local hospitals and claiming to talk to all sorts of famous rappers in an attempt to promote his other career as a Palestinian rapper on Instagram — you can’t make this up!

Can you imagine having this guy come into your hospital room?

We have reached out to “investigative reporter” David Charns and Channel 8 on social media asking for a comment, and asking if they would retract the story. Charns and 8NewsNow have refused to give us an answer – which is pretty bizarre because last week we exposed how Charns is using 8NewNow resources to investigate who runs and works for our website in an attempt to DOX us on social media, so we know he religiously follows everything we post!

UPDATE: Charns has responded on social media, admitting that he has been investigating who is running our site, and even that oddly he is calling the hospital to investigate who we talked to instead of retracting his story.