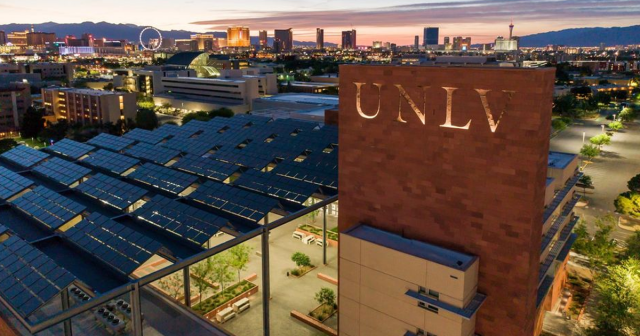 On Friday, James Woodbridge, Associate Professor in the Philosophy Department at UNLV, a man who tells his unvaccinated students to fuck off and compares his “right-wing” students to Nazis, called for banning unvaccinated students from campus and enacting a mandatory vaccination mandate at UNLV. Today, 19 more psychotic UNLV professors joined his call to force Nevada college students to take an experimental vaccine in order to receive an education in our state.

The radical left-wing professors ran to the Nevada Independent and to the unhinged political hack Jon Ralston to publish the plea to force kids to take the government experiment.

We are hopeful that the Board of Health will urgently step in where NSHE leadership has dithered. We are relieved that Governor Sisolak has called for an urgent assessment, and that the NSHE COVID-19 Task Force has unanimously recommended a COVID vaccine mandate. We urge the Board of Health to impose a mandate, with narrow exceptions for medical necessity and religious faith. We urge NSHE to make sure that vaccine clinics are accessible on all of its campuses so that students can get the shots quickly, and we urge the Board of Health to set a prompt and reasonable deadline. A reasonable plan would require a first shot by Sept. 1 and full vaccination by Oct. 1.

We urge our university to enforce the mandate promptly and strictly this fall semester. Our classrooms need to be made safe this semester. Remember: All of this could have, and should have, been done weeks or months earlier.  Now, with classrooms set to open, our community will count the cost of NSHE’s dithering and delay in lives lost.

These are the professors who signed their name to the fascist manifesto:

Despite the fact that not a single college age student has died from the so-called pandemic, these professors are calling for mandatory vaccinations for people who are at zero risk dying from COVID. One of the professors, Director of UNLV immigration Michael Kagan, a guy who argues for open borders, has publicly called for forcing vaccine mandated on grade school children — keep in mind

NOT A SINGLE Nevada kid under 18 has died from the so-called pandemic since it started.

Apparently unvaccinated illegal aliens pouring into our country somehow isn’t a threat, but school kids who are at zero risk of dying should be forced into taking the shot.

Oddly, the same fascist piece of shit who argues for “undocumented” illegal aliens to be able to flood into our country is calling for databases to be able to identify the unvaccainted.